How Yoni Massage helped me get past my divorce 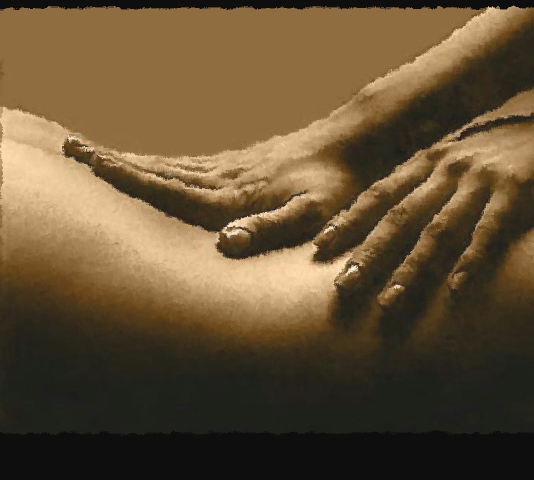 How Yoni Massage helped me get past my divorce

Here is how I discovered my very first Yoni Massage. I went through a break-up, you surely know how difficult it is to go through that phase. You feel like the whole world has shattered. There is a pinching sensation taking birth every single minute in your heart. There is a turmoil of emotions that you have to pass through in order to get your like back and be normal. It is not that you don’t come out of this phase, but it is just that coming out of it takes some time, healing and self-care.

Even though people don’t accept and confess it, I believe most of the times people simply miss the sexual chemistry they have had with their ex-partner. Since they are unable to get into another relationship soon, they are not able to satiate their sexual desires and thus, they feel lonelier and far more depressed than anyone else.

When I used a search engine to enquire about yoni massage services, I visited massage4her. What happened later was purely the game of destiny.

I was surprised to see so many handsome masseurs waiting for me to pick them for a good yoni massage. When you visit massage4her, you feel like you are in a pool of the best fish in the world. You can choose any masseur that you want and relax your mind with the kind of services he provides you with. It is an awesome feeling and you’ve got to trust me when I say this.
I finally laid my eyes on a guy named Raul. At first, I was skeptical of sharing my home address and in

viting him home to hire his services. However, I trusted massage4her and thus, shared my address with Raul. I switched off my laptop and eagerly looked forward for the next day, when Raul was about to come to perform his services on my body and… my yoni.
The next day was casual at first. I did my daily chores, went to work and returned. However, I was excited and on my toes for the evening. Before Raul’s arrival, I took a shower and slipped into a casual evening gown. I was nervous the moment the doorbell rang. Before opening the door, I inhaled deeply and exhaled my fear. When I opened the door – there he was – a tall and fair guy with sea-green eyes. I was blushing and I think he caught me several times doing the same.

I offered him coffee, since I was having it too. Then, he asked me if we should begin. I said yes and went to my bedroom. At first, Raul gave me a nice massage on my back. All my nervousness calmed down. He kept gathering the skin of my back between his fingers and pressing it hard and releasing the pressure in order to calm me down. My muscles were relaxed. He then moved his hands down to my butt. Before finally pressing it, he moved his hands up my backbone and gave it a nice rub. Then, he pressed my butt – softly at first. He asked if I could handle a bit more pressure. Then, he gave a sensual pressure to my butt and I felt great. After spending a few minutes on pressing my butt and turning me on, he made me toss to the other side. My eyes fell on his charming face. He massaged the insides of my thighs and then my pelvic area. I felt like I was being caressed for the first time in my life. And to a certain extent, it was true too. My ex-husband was never very good in bed. Now, I was enjoying what I had been missing all this while.

The moment he reached my thong, he realized I was wet. I could see a different pride on his face, as he knew I was wet for him. He made small circles on the lips of my vagina in order to balance my energy… or so he said. The moment the tip of his thumb rubbed against my clip, I was in ecstasy. He patted it twice, as if telling me how good of a woman I was. Then, he began moving his fingers all over my pussy. I felt like an automatic massager was being used down there, even though the tips of his fingers kept rubbing me all the time. It was wonderful and sensual and everything at the same time. My mind had stopped working and before I knew… I had an orgasm. However, he did not stop there… he kept rubbing me, calming me down and guiding me to breathe in a specific pattern. I was surprised to be still “turned on”; I almost humped on his fingers. In a few seconds, I had another orgasm… and then another one. After the third one, he stopped. My eyes were closed as I was lost in another world of happiness.

I did not hire Raul again, but since then, I have been using massage4her to get an excellent and relaxing yoni massage almost every weekend.

By viewing this website, you agree to the Terms and Conditions of Services and our Privacy Policy. Please read both of these documents by clicking on the preceding links. If you do not agree with abide by all sections of the documents, please do not proceed.